Roxas Law, APC is a boutique law firm in Torrance, California and was founded in 2013 by Sandy K. Roxas. The Attorneys at Roxas Law have a combined experience of 22 years in litigation and mediation. They have earned the respect of judges and practitioners in the legal community as fair and ethical experts and advocates in the areas of Family Law and Victims’ Rights.

Roxas Law has achieved prominence and distinction in their legal work and for their dedication and service to their communities. The Founding Partner, Sandy K. Roxas, has demonstrated a strong commitment to the advancement of legal issues and concerns affecting marginalized and underrepresented communities.

Sandy K. Roxas is the founding Partner of Roxas Law, APC in Torrance, CA. She is a family law litigator, mediator, and a pro bono victims’ rights attorney. Sandy has achieved prominence and distinction in her legal work and for her dedication and service to the Asian American Pacific Islander and marginalized communities. Sandy’s involvement and leadership in the community have garnered nationwide and international media attention. Sandy is a frequent speaker, panelist, and legal commentator of family law and hate crime issues. Most recently, Sandy was a legal commentator on the Dr. Phil Show, titled, “The Invisibility of Anti-Asian Hate”. In her free time, Sandy mentors students, volunteers as a Mock Trial Coach at a local high school, and serves as the President of the Philippine American Bar Association Foundation.

Sandy earned her Bachelor’s degree, Cum Laude, from California State Polytechnic University, Pomona and she received her law degree from Chapman University School of Law in 2004. Sandy was the co-Founding President of the Asian Pacific American Law Student Organization and the Managing Editor of the Chapman Law Journal. Sandy was awarded scholarships from the Orange County Asian American Bar Association and the Orange County Women Lawyers Association. As a law student, Sandy served as a judicial law clerk for the Honorable Candice Beason of the Los Angeles Superior Court and was a law clerk for the Los Angeles District Attorney’s office.

Sandy is admitted to practice law in California and the U.S. District Court for the Central District of California in 2004.

2021 Small Business of the Year by Assemblymember Al Muratsuchi 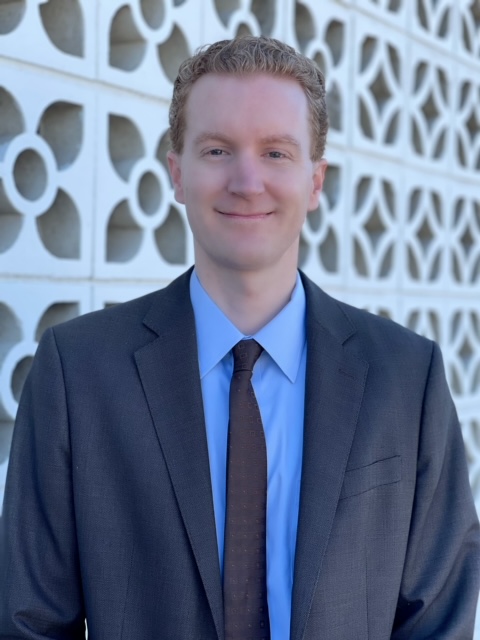 Troy L. Fredericksen joined Roxas Law as an undergraduate legal intern in 2013. Troy earned his Bachelor’s Degree from University of California, Los Angeles. He earned his law degree from Loyola Law School in 2016, where he was an intern for the Center for Conflict Resolution. Upon admission the California Bar, Troy assumed the position of Associate Attorney at Roxas Law. Troy has a vast experience in all aspects of Family Law, including dissolution of marriage, child custody and visitation, child support, spousal support, attorney’s fees, and property division.

Troy is a native of the South Bay region of Los Angeles and he was a trained Behavioral Therapist, working exclusively with special needs children throughout the South Bay.